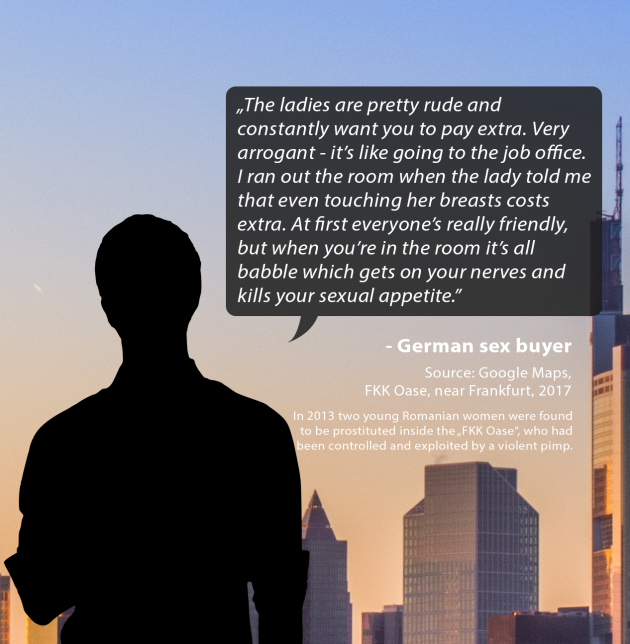 „HARASSMENT OASIS: The ladies constantly bother you and won’t give a break, also they’re pretty rude with their words and constantly want you to pay extra. The receptionist is very arrogant and unsympathetic or rude, it’s like going to the job office. The rooms are super small. I ran out the room when the lady told me that even touching her breasts etc costs extra*. At first everyone’s really friendly, but when you’re in the room it’s all babble which really gets on your nerves which quickly kills your sexual appetite. I’d rather go to the small FKK instead of the Oase, that’ll save me money and the women there actually try hard and want you to come back.“

In 2013 two young Romanian women were found to be prostituted inside the „FKK Oase“, who had been controlled and exploited by a violent pimp.